Trucking Back to Auckland

Early the next morn I took off on the long journey south, I was trying to break the back of the return journey to Auckland. Got a few spins down the west coast. Some absolutely bang on Cuzzy Bru's (Maori's) to shoot the breeze with, some lamenting the changes to the area with the slow emergence of large farmers in the area. Back in the day, each family had their own piece of land to farm and there was a great spirit in the community.  Now its too difficult to make a living from the land so most have to travel into the nearby town, Kaitia, to get a crust.  Again, splendid scenery, rolling green hills as far as the eye could see.

One of the lads, as far from a hippy as you could imagine, had a self sustaining lifestyle - 2 goats, a few pigs (one of which he kills every 6 months) and a vegetable garden does the trick for him as well as fishing in the ocean nearby. "If you can't live off the land here bru, somethings the matter with you" he announced.

I was hoping to make it across to Opononi but time was against me, I was wrecked and I'd heard about a great place to stay in near Kohukohu called the Treehouse. I'd really enjoyed camping til now but this joint was something else. An Australian couple had moved over from Sydney 30 years ago (brave move! Kiwi attitudes to Australians are nearly on a par with Welsh attitudes to English people!). 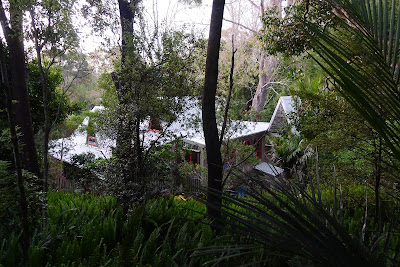 They'd built this fantastic timber building which was used as a guesthouse, they'd a few old school buses which they'd turned into accommodation as well, but the most impressive thing was the planting they'd done, which had matured into what wasn't far off a rainforest at this stage. I felt like I was in a jungle lodge in Thailand.  It was just me and two young German pups. I was ruined so crashed very early. 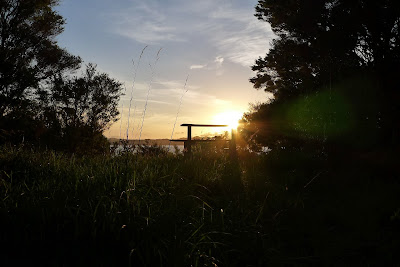 The next morning I took the ferry to Rawene, got a spin right off the boat with an absolutely sound German couple from Saarbrucken whose names evade me as I type. I recounted the story of when myself, Quin and Moz overnighted there on the way to watch us play Switzerland in Basle in 2003 and how Moz emptied his guts onto me in his sleep cos his stomach couldn't take the two Weissbiers he'd had that night. They were very amused !

Our routes were very similar so I spent a great day with them, stopping off in a few Kauri Forests to see some amazing trees, some of which were over 2000 years old, with 13m wide trunks.

They brought me all the way to Warkworth where I was determined to make it to Tawaranui again. I was waiting for a lift when a guy in a pick-up pulled in and signalled to chuck my gear in the back. I flung my backpack in only narrowly avoiding a massive fckin carcass lying in the back.  I jumped in anyway, yer man was dead on, real character.  I asked him what the fck was that yoke in the back!? It was a deer he'd killed the day before.  This fella was a professional hunter for the Department of Conservation, basically killing any non-native animals roaming the hills - wild pigs, wild deer and wild goats predominantly.  He pointed to a nearby mountain where he said he cleared 1431 goats from in the past four years.  In the first year he'd done about 1000, second about 300, third he killed 30.  It took him an entire year using GPS, a pack of trained dogs and his intuition to snare the last one.

I camped up that night in the National Reserve and took off the next morn towards Auckland. Struggled for a lift out of there as everyone was heading into the park rather than out of it due to it being a public holiday. Started walking and eventually I got collected by eh the Postman! Did his rounds with him before he dropped me back at the main road. Absolute legend of a man, recounted all his travels and years of working on cruise ships, spent a good bit of time in Ireland and knew Cork pretty well. 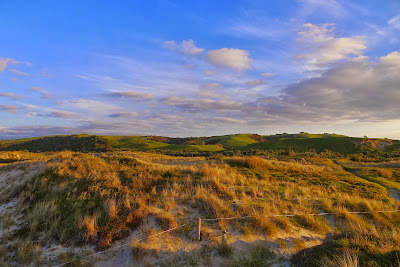 Eventually arrived in Auckland and went to meet my old mucker Ben Kidd. Went to school and played ball with Ben for years before he'd headed home to Auckland.  Had zero contact with him since then so it was class to see him. Same as he was years ago, he was enjoying life and is now working as a physical fitness and conditioning coach for Auckland's female netball team and their academy.  Netball is huge in Australia and New Zealand for girls.  We hung out for the day just talking shite and reminiscing about days of yore before he dropped me off to meet Trev at Elerslie Station.

Trev flew up from Auckland and we were crashing at his pal Cam's joint. Had a class night out in Galacos where we were joined by John aka Double Suspension, who we were heading away with the next day.  Really good night in there with some proper old school Auckland dj's who were really well renowned but didn't play often.They knocked out the disco and house numbers for the night.  Great night out and true to form, Trev lost his wallet which confused and annoyed the shite out of him !!

Daliendo
2014 sees me set of for a year working as as an urban planning advisor in Zambia. I'm sure there'll be a few tales to share along the way. Jump aboard !